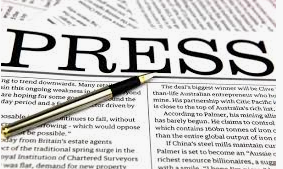 After more than a decade since its implementation, the economic effects of the Georgia film tax credit are felt in every corner of the state. That’s why a geographically diverse collection of Georgia media outlets have spoken out to tout the program’s success – and what it means for their region. Here’s what they’re saying:

“The film-entertainment business has been so brisk around here that Augusta now has its own Film Office to handle the demand.”

“On the state level, agencies definitely need to settle on the same set of numbers to gauge the film tax credit’s success. But we don’t think the disparity will be so great that the credit will be scrapped altogether. It’s already seen too much success and it has too much potential. Lack of demand certainly isn’t killing the program. If anything, for its own health it appears the program needs to grow and to acquire the improvements its administrators say are missing.”

“Jennifer Bowen is film liaison for Film Augusta, a division of the Augusta Convention and Visitors Bureau. She has said that film crews using the jail have already made an estimated economic impact on the Augusta area of more than $1 million through food, lodging and hiring local staff. And there are, so far, about 20 location managers for movies and television slated to tour the old jail this year. If they like it, that promises an even bigger economic impact.”

“A pet project of former Gov. Nathan Deal, the tax incentives have sparked growth in a segment of the state’s economy that has grown tremendously in recent years. It is hard not to find a section of Georgia that has not recently benefited in some fashion from movie or television production efforts, and the Gainesville and north Georgia area have certainly seen their share and more of screen time.”

“The reality is, the influx of movie and television production work and the billions generated by its presence in the state have spurred new career paths and business opportunities that did not exist a decade ago.”

“We need to build on that reality, not endanger it by overreacting to what should be remediable tax collection problems.”

“Georgia is moving to the top of the movie and television world.”

“Thanks in significant part to Georgia’s generous film tax credits, our state’s peach logo appears repeatedly on millions of screens large and small around the world. … Georgia has substantially grown our share of the industry producing the TV shows and movies that entertain us, and even the interactive games we play.”

“What’s common across this landscape of spreadsheets and bar charts is that, by any measure, Georgia now has become a world-class player in film, TV and interactive entertainment production since the tax credits were passed into law.”

“And Georgia is positioning itself to take even further advantage of this boom by doing such things as creating educational programs to train a homegrown workforce to step into more entertainment industry jobs that often pay pretty well.”

“The Savannah region saw massive economic benefits from the film industry, to the tune of more than $260 million in economic impact.”

“Thanks in part to a well-written tax credit put in place in 2008, the infrastructure keeps up with the high demand for content.”

“The amazing part about that is that Georgia as a single state is competing head to head with two major countries, the United Kingdom and Canada. As a result, it became very easy to attract talent from all over the world. That same talent pays it forward by coming to the state and training up Georgians.”