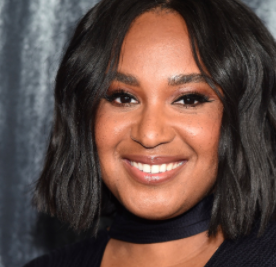 Women directors’ fortunes continue to be on the rise, not just in TV but also on film. Despite the shutdown, several have found homes for their work on streaming services. Most of those, including several high budget productions that had a 2020 release date, have been pushed forward to next year.  Here’s an overview of interesting and substantial work from female directors this year.

Numa Perrier tackled sisterhood in the internet age of the 1990s with Jezebel. The risqué film that deals with phone sex and fetish cam girls came out in January. A streaming favorite since the beginning of the year but particularly since the lockdown is Katie Ellwood and Amber Templemore-Finalyson’s period comedy Troop Zero, set in rural Georgia with Allison Janney and Viola Davis herding a bunch of girl scouts through summer camp.

The Assistant, directed by Kitty Green and starring Julia Garner that deals with #MeToo abuse in the workplace, was another movie that transferred well from the big screen to the little.  Autumn de Wilde’s Emma is an adaptation of the famous Jane Austen novel about the adventures of the matchmaking eponymous Emma. And one of the biggest box-offices successes early this year was the superhero hit Birds of Prey by Cathy Yan.

Before film festivals became a distant memory, Eliza Hittman won over the critics and the jury with her exploration of a young girl’s right to choose with Never Rarely Sometimes Always at Sundance. Its theatrical release was stopped by the COVID crisis, but the film found a digital home nonetheless, something that is vitally important to the filmmaker who has watched abortion bans skyrocket in many states. “The pandemic has revealed so many cracks in our system,” said Hittman. “With so many women at home without access to reproductive care, I’m really happy people are able to see it, and see it now.”

Also having had its world premiere in Park City was Emerald Fennell’s Promising Young Woman starring Carey Mulligan, a revenge thriller that will hopefully see the light of the silver screen in the coming months.

Another Sundance favorite for many years is Kelly Reichardt: her newest film First Cow is a frontier buddy movie about the unusual connection between a lonesome cook and a Chinese immigrant on the Oregon Trail.

Finding its home on a streamer is The High Note by Canadian Nisha Ganatra, that tells the story of a fading pop diva played by Tracee Ellis Ross and her relationship with her personal assistant (Dakota Johnson) who really wants to be a music producer and aims to revive her boss’ career while finding a new artist – and lover – along the way.

What is so interesting about this year’s female directors is the mix of already established names and newcomers. 2020 began with Niki Caro’s Mulan and continues with Patti Jenkins’ Wonder Woman 1984 scheduled for an August release. Dee Rees adapted a Joan Didion novel The Last Thing He Wanted about a news journalist in Washington DC, played by Anne Hathaway, who becomes her own story.  “I stand on a lot of shoulders: Euzhan Palcy, Kasi Lemmons, and Julie Dash,” said Rees. “It was great to be pursuing my dreams and hopefully I’ll build a body of work and I will be among them one day.” With her body of work, her awards and nominations, and her breakthrough into the mainstream, she already is.

And then there are the not-yet widely known directors like Stella Meghie who made the love story The Photograph with Lakeith Stanfield and Issa Rae. Julia Hart found her film with the adaptation of a bestselling young adult book, “Stargirl”. And Malgorzata Szumowska is the director of The Other Lamb, a thriller about a girl born into a cult.

The work being done by these women directors and writers cover the landscape in terms of budgets, from mega to independent.  One thing is clear: women are no longer relegated to just rom-coms. Having said that, we should mention Alice Wu’s The Half of It, a lesbian coming-of-age film, and Clea Duvall’s Happiest Season, an LGBT holiday comedy starring Kristen Stewart. It’s slated for a Thanksgiving release.

The genres range from high-end action like the aforementioned Wonder Woman, and the upcoming Natasha Romanoff Marvel movie Black Widow, to high drama like Josephine Decker’s Shirley with Elisabeth Moss to full-on horror like the sequel to Candyman, directed by Nia DaCosta.

What is not yet as encouraging as the rising number of female directors is the question of equal pay. Patti Jenkins may be the great exception. Her Wonder Woman deal is unprecedented, and she fought hard for it. “The movie was so successful that I said publicly, if not me, who? I want to be getting paid a parallel to other people making really successful films like this”, says Jenkins.