How To Ensure Music’s Survival In The COVID Era 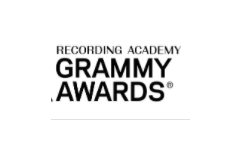 While the music industry continues to face unprecedented challenges from the closure of music venues and the reduction in music usage in shops, restaurants and other businesses, there’s a lot to be hopeful about. Music instrument sales have increased. More music is being streamed than ever before. TikTok and Snapchat have been entered into licensing agreements with publishers; paid for live streaming is increasing. However small, there are reasons to be cautiously optimistic.

But these improvements are built on a shaky foundation. While the prevalence of music in our lives remains consistent, the revenues directed to those responsible for it—the songwriters, producers and musicians—remains flat. Spotify CEO’s bold assertion that it is not their responsibility to increase payouts and artists must initiate individual change is proof that what remains important is access to the music, not supporting the process of how it got there.  This is why a call by artists to triple payouts in March to alleviate live cancellations fell on deaf ears.

While one cannot predict what the music industry will face in the next three, six and 12 months, the fallout from the pandemic is revealing a few trends that if we focus on now, can lead to and support a more equitable, inclusive music sector and ecosystem in the mid and long term. Here are five such examples, what they mean and what we can learn from them.

1. Local music is becoming the only live music: However few and far between, concerts are popping up. The vast majority are local acts. This is an opportunity for the sector to rewire its talent development pipeline in its towns and cities. If local venues rely on local artists—and vice versa—we can create and advocate for sustainable local scenes, who can, over time, be intertwined into regional touring circuits. Instead of only lamenting the lack of national and international touring, now is the time to invest in local talent. At the same time, the fallout from the pandemic is creating a renewed interest in creatives settling in small and mid-sized cities, as they are cheaper and less dense. This will support the importance—culturally, socially and economically—of local scenes into the future.

2. Difficult, needed conversations are becoming increasingly prevalent: In the U.K., Gomez guitarist Tom Gray launched the #BrokenRecord campaign, highlighting the inequities in how streaming pays artists. The crisis has spawned the Black Music Action Coalition in the U.S. and U.K. Women in CTRL in the U.K. published a report outlining the inequities in U.K.’s music trade bodies, where only five out of a possible 185 board seats are held by Black women. Calls for fairness, equity and equality in the sector are more prevalent now than ever. A wider set of voices will create better music, better governance and better advocacy.

3. Communities are recognizing what they are losing: Across the United States, a host of local, statewide and national trade bodies have been created, to advocate for specific subsections of the sector. The impact of the National Independent Venue Association and National Independent Talent Organisation has spawned new trade bodies in Indiana, New York City, Austin and the State of Washington, among other places. Huntsville, Alabama has a music board. Madison is reigniting its music and equity task force. Oregon has provided relief to its venues. While local change that prioritizes music infrastructure in recovery is its nascent phase, more collective voices are advocating for music now than ever.