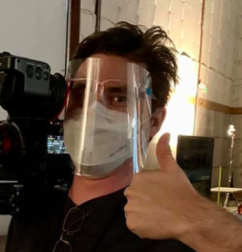 This year, the 2020 Emmy Awards were a virtual affair, but the Georgia-lensed productions taking home the gold trophy are just a small part of very real success stories for Georgia small businesses and our economy over the last decade plus.

Atlanta-based Tyler Perry and The Tyler Perry Foundation were also presented with a 2020 Governor’s Award “in recognition of their unparalleled contributions to shaping the television medium.”

These Georgia productions and studios have employed crews and small businesses statewide as part of the well over $2 billion industry that is consistently setting new records in the state. Check out this video featuring “Ozark” cast commentary about working in the state from locations like Flowery Branch and Lake Lanier to Acworth and Lake Allatoona.

“The crews, the cast, the location – it’s a peach,” said actor Jason Bateman, who has filmed in Georgia regularly for the last decade.

While many productions do remain paused, the Georgia Film Office has been working diligently with studios to ensure new safety measures are in place and obstacles to production are removed to keep the industry in action.

We’re pleased to report that Georgia’s film industry is getting ramped back up. Currently, at least 30 productions are underway with new safety protocols in place or are in pre-production prep across the state, including Universal Pictures’ highly anticipated feature film “Dear Evan Hansen,” based on the smash hit Broadway musical. A number of productions have also already wrapped since returning to the set since the COVID-19 hiatus in the spring.

Georgia was named the No. 1 Film Production Leader by Business Facilities Magazine in the publication’s annual 2020 Rankings Report released in July. Demand for content is only going up, especially with the addition of new streaming platforms. It’s heartening to see that our studios – which seem to be filling up quickly – are really going above and beyond to keep their productions safe.

Also this year, “Watchmen” and “Stranger Things” earned Peabody Awards in June. Only 30 of 1,300 submissions receive the Peabody Award, which the Board of Jurors bestows on content judged to be the “most compelling and empowering” of the year.

Despite film production shutdowns in Georgia and around the world during COVID-19, the 234 film and television productions that filmed in Georgia during fiscal year 2020 spent $2.2 billion in the state, putting it on pace for another record-setting year before the COVID-19 response paused productions.

More productions safely getting back to work in Georgia means that more of our outstanding crews and Georgia small businesses are up and running again, too.

Additionally, the Georgia Film Academy’s free COVID Compliance Course has been very popular, and the University of Georgia’s MFA in Film, Television and Digital Media got underway in August to keep our talent pipeline full.

The Georgia Film Office has remained busy beefing up our locations database, compiling shutdown and start up resources, and hosting webinars. The fourth quarter of 2020 begins in just a few weeks, and we anticipate a busy season. We’re working every day to ensure that our communities are ready!