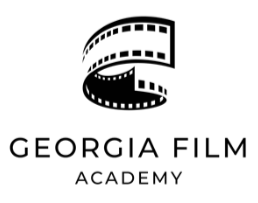 Georgia’s multi-billion-dollar film industry has generated tens of thousands of jobs for Georgians in high demand career fields, such as electric and lighting, grip and rigging, and Avid post-production. This fall, the Georgia Film Academy (GFA) and the University of Georgia (UGA) rolled out the state’s first-ever professional Master of Fine Arts in Film, Television and Digital Media program for Georgia filmmakers and content creators, in collaboration with film industry center, Trilith. Through this master’s program, the state is building a content creation industry here to rival that of Hollywood.

“This is an unprecedented advancement in laying the foundation to create writing and content creation jobs in Georgia,” said Jeffrey Stepakoff, executive director of the GFA. “For the past five years, we have been actively training a robust workforce of Georgians in below-the-line fields, and this program will create opportunities for storytellers, who would otherwise have to leave the state for jobs in New York and Los Angeles.”

“Our goal is to provide students with a world-class education and that includes having contacts with some of the most accomplished television and film professionals in the business,” said Dr. Jeff Springston, director of the MFA Film, Television and Digital Media program. “Our faculty have invited their extensive network of Hollywood talent to the program through our Distinguished Industry Mentors and Writers-in-Residence initiatives. These connections not only set our program apart from others, but the mentors are sure to provide inspiration and motivation to our students.”

“Drawing this level of talent to Georgia sends a strong message to the industry,” said Stepakoff. “Georgia means business.”

Applications for the fall 2021 cohort are open until December 1.