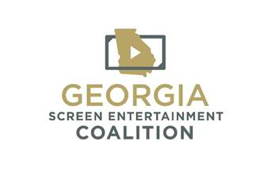 Senate Bill 6: Tax Credit Return on Investment Act of 2021
GSEC Position: Under Consideration
Bill Sponsor in the Senate: John Albers (R-Roswell)
Overview: SB 6 requires that the Office of Planning and Budget determine, either themselves or through a contract with a third party, the direct and indirect effects of tax incentives upon the request of either the Chairman of the Senate Finance Committee or the House Ways and Means Committee. Each Chairman may choose up to 5 tax incentives (either in law or in proposed legislation) each year to be studied, which must be completed no later than December 1 of that year.

While GSEC is still vetting the legislation and working with bill sponsors, there is general concern from the business community that the bill is overly broad and lacks any official recourse to counterclaim audits. SB 6 passed the Senate on February 1 with a vote of 51-0 and is in the House Ways & Means Committee.

House Bill 112: Immunity Extension for COVID Liability
GSEC Position: Support
Bill Sponsor: Trey Kelley (R-Cedartown)
Overview: HB 112 is an extension of liability relief for health care providers, facilities, and businesses that was originally passed in 2020 as SB 359 and is currently scheduled to sunset on July 14 of 2021. HB 112 extends liability protections for an additional year until July 14, 2022. On Tuesday, February 9, the House of Representatives passed HB 112 with a vote of 99 – 68. HB 112 is now available for consideration in the Senate Judiciary Committee. HB 112 has broad support among the business community and has been cited as a critical component to resuming production activity.

House Bill 479: Repeal of Citizen Arrest Law
Bill Sponsor: Bert Reeves (R-Marietta)
Georgia Chamber Position: Support – See statement here
Overview: HB 479 is a bill on behalf of Governor Kemp in an effort to address the current citizen’s arrest law. As introduced, HB 479 would provide a shopkeeper’s exemption to retail establishments and foodservice establishments across the state as well as their agents and employees. This bill was placed in the house hopper on Tuesday, February 16, and was assigned to House Judiciary Committee.

House Bill 594: Sales and use tax; encompass certain transactions of digital goods and services; expand
GSEC Position: Monitoring
Bill Sponsor: Kasey Carpenter (R-Dalton)
Overview: HB 594 expands sales and use taxation to encompass certain transactions of digital goods and services including streaming services, e-books, video game downloads, and other digital products that are currently untaxed in Georgia. Supporters say it levels the playing field, for brick and mortar retail: “If I buy a book on my phone, I don’t pay tax on that book, but if I go to Barnes and Noble, who is paying property taxes in my community, then I am paying taxes,” said bill sponsor Rep. Kasey Carpenter. Opponents say the proposal singles out streaming services while letting similar services like satellite continue to go untaxed. Additionally, the inclusion of load and leave software is problematic for the business community. This bill has been referred to the House Ways and Means Committee.

House Bill 389: Employment security; change definition of employment to include services performed by an individual for wages
GSEC Position: Monitoring
Georgia Chamber Position: Oppose
Bill Sponsor: Todd Jones (R-Cumming)
Overview: HB 389 amends Title 34 to change the definition of employment to encompass services performed for wages. unless the Department of Labor makes a contrary determination based upon evidence that such individual has been, and will continue to be, free from control or direction over the performance of such services. This bill was heard in the House Industry and Labor Committee.

House Bill 486: Income tax; expenditures for certain purchases of licenses to use certain musical compositions shall be eligible for tax credit; provide
GSEC Position: Monitoring
Bill Sponsor: Beth Moore (D-Peachtree Corners)
Overview: HB 486 would provide musical licenses used in qualified productions of film, tv, video games to be counted towards the minimum spend provided the composition is created, held by Georgia-based composers. This legislation would incentivize film/tv and digital entertainment company to use songs and compositions from Georgia-based creators. This bill is assigned to the House Creative Arts & Entertainment Committee.

House Bill 226: Sales and use tax; certain sales of tickets, fees, or charges for admission to fine arts performances or exhibitions; exempt
GSEC Position: Monitoring
Bill Sponsor: Gregg Kennard (D-Lawrenceville)
Overview: HB 226 would restore tax-exempt status for ticket sales at non-profit or “culturally significant” performing arts businesses in Georgia. This credit was in effect from 2017-2020, when it was set to sunset. The bill has strong support from arts institutions such as the Atlanta Symphony and the Alliance Theatre. HB 226 is currently in the House Ways & Means committee.

Get all the details and “call to action” notices by joining GSEC!