‘The long intermission is over’: RiverCenter announces 2021-22 season 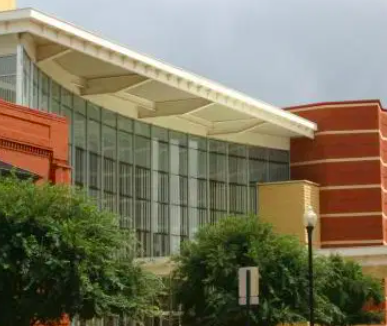 The RiverCenter for the Performing Arts announced its 2021-22 Season lineup on Monday, ending the COVID-19 silence on Bill Heard theatre’s stage with six national Broadway tours and the premier concert of The Virginia Norman Classical Music Series.

RiverCenter Executive Director Norman Easterbrook said in a news release the season’s diverse offerings highlight the range of top-tier productions the RiverCenter is known for.

“The long intermission is over, and we are proud to once again offer the very best of Broadway touring productions, great pop and classical music, and all of the top quality, professional entertainment for which RiverCenter has come to be known,” said Easterbrook.

“We are profoundly grateful to our individual and corporate supporters who helped us get through this past year and a half. There are more surprises to come and we can’t wait to celebrate with everyone this fall when RiverCenter restarts the arts in Columbus!”

Broadway shows include Waitress, the story of a small-town pie maker with big dreams. Blue Man Group will perform in Bill Heard as part of their limited North American tour. And John Waters’ Tony Award-winning Hairspray arrives in a whirl of color and R&B.

Roald Dahl’s Charlie and the Chocolate Factory bring Willy Wonka’s imagination to life for a single April performance, and the Broadway series concludes with An Officer and a Gentleman, based on the Oscar-winning film.

In October, “The President’s Own” U.S. Marine Brass Band gives a free concert, and the Little River Band plays hits, including “Lonesome Loser” and “Cool change.”

Moving into the holidays, patrons will enjoy special performances by the Canadian Brass, The Drifters, The Platters and Cornell Gunter’s Coasters.

Beloved children’s books, The Pout-Pout Fish and Rosie Revere, Engineer & Friends, come to life with as musical productions during matinees for school children

The Virginia Norman Classic Music series is funded by a bequest from Virginia Norman, a Columbus philanthropist and classical music lover, according to a news release.

The series begins with The Academy of St. Martin in the Fields Orchestra, “one of the world’s finest chamber orchestras,” featuring violinist Joshua Bell.

The news release said additional shows will be added in the coming weeks.