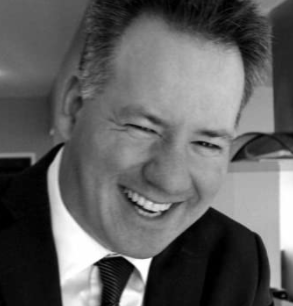 The Columbus Film Commission is inviting those interested to attend the next Film Columbus GA event. This virtual event will take place on September 22rd at 3:00 PM and will be hosted via ZOOM.

Please RSVP for the event by clicking here.  Upon receipt, you will receive a link and instructions for attending the event.

– Comments and facilitation of the meeting from Joel Slocumb, Film Commissioner

– Focus on the filmmaking and political environment in the film, music and gaming industry in Georgia. Our special guest is Trish Taylor, Co-President of the Georgia Production Partnership and Peter Stathopoulos – GPP’s Government Relations.

– Michael Feifer is one of the most active executive producers and directors working in Georgia. He will discuss moviemaking in Georgia and what it takes to make a successful film and how local communities like Columbus can attract even more filmmakers to the region.

“The speakers for our next meeting are full of great information that we look forward to sharing with our attendees, ” stated Joel Slocumb, Columbus Film Commissioner. “With workflow changes in moviemaking and as we get closer to the next legislative session, we are excited to hear from Trish and Peter from GPP. We are also honored to have such an acclaimed filmmaker speak with us about today’s moviemaking environment and what we as a community can learn from Michael.”

Please RSVP for the event by clicking here.  Upon receipt, you will receive a link and instructions for attending the event.

Peter Stathopoulos is a Partner in Bennett Thrasher’s State & Local Tax practice and leader of the firm’s Entertainment practice. In his Entertainment practice, Peter helps clients maximize entertainment incentives for film, television and digital interactive entertainment. This includes performing audits, agreed-upon procedures and due diligence reviews of qualified entertainment expenditures to help clients claim and monetize their credits in states across the country, including but not limited to Georgia, New York, New Mexico, California, Virginia, Illinois, Utah, West Virginia and Washington, D.C.

Peter has worked with his clients in helping shape state tax policy, including helping draft portions of Georgia’s entertainment incentives statute and regulations.

Patricia “Trish” Taylor is a Freelance Corporate & Film Producer and currently is Co- President of the Georgia Production Partnership through 2021. Trish served on GPP’s Executive Board as Past President (2018 & 2019), after a two-year term as Co-President and four years as Vice President (2012 to 2018).

Trish is an active leader within Georgia’s Film and Television Industry. She also worked as PR Director for two years on the board of Women In Film & TV Atlanta and is a former Business Manager at the Atlanta Film Festival for two sessions.

As an Atlanta actress and VO talent, Trish is represented by The People Store Talent Agency. She also owns her own Marketing and Public Relations Consulting business; and is Co-Owner of Bird Dance Productions with her husband Richard.

Trish has a bachelor’s degree in Radio, Television and Film from the University of Southern Mississippi and a minor in theater. She is an alumnus of the Georgia Film Academy and GPP /ATLFS PA Academy. Plus had a 22 year career as an award winning news director / news reporter and PR & marketing professional before transitioning into Georgia’s Film and Entertainment Industry.