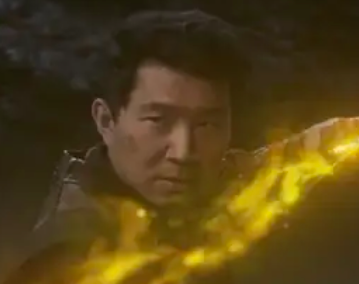 Movies are back in full swing now in Columbus and beyond. Nationally, Shang-Chi and the Legend of the Ten Rings not only shattered the ceiling as the trailblazing Asian and Asian-American-led superhero film but it also crushed all box office forecasts, tracking estimates, and Hollywood predictions.

Featuring a breakout performance from Simu Liu, who has never headlined a major movie before, Shang-Chi and the Legend of the Ten Rings also boasts of a strong Asian and Asian-American supporting cast, including Awkwafina, Tony Leung, Michelle Yeoh, Meng’er Zhang, Fala Chen, Wah Yuen, and Benedict Wong.

The Disney movie based on the Marvel Comics that follows the character Shang-Chi topped the domestic box office with $75.5 million and $90 million in the three-day and four-day (Labor Day weekend) frames. Those stellar figures set a new Hollywood benchmark for the Labor Day weekend – they beat Halloween’s 2007 record of $30.6 million.

The movie’s solid performance also makes a strong statement for the creative talents behind it, led by Asian-Americans, director Destin Daniel Cretton and writer Dave Callaham. Cretton also co-wrote the screenplay with Callaham and Andrew Lanham.

The robust opening weekend figures of the first Asian-American Marvel superhero flick, which is not being simultaneously streamed, validated some industry figures’ stance against day-and-date release. Shang-Chi’s figures also marked the third-best opening day numbers during the COVID-19 health crisis.

Placing second was Universal’s slasher movie Candyman, with $10.5 million. Staying steady on the charts was 20th Century Studios’ Free Guy, which took in $8.7 million and grabbed the third spot.

Paramount’s PAW Patrol: The Movie took the fourth slot with $4 million. After collecting $3.95 million, Disney’s Jungle Cruise ended up on the fifth berth.

Overseas, Shang-Chi debuted at the top in the territories where it bowed, including Russia, France, United Kingdom, Korea. Japan, Hong Kong, and Mexico, and garnered $56.2 million. A release date in China, where the movie is expected to do boffo business, has not yet been set.

Free Guy held steady in the international markets and made $25.3 million.