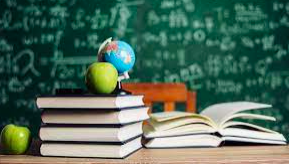 The School of Film, Media & Theatre in Georgia State’s College of the Arts will offer its first Master of Fine Arts (M.F.A.) degree in Digital Filmmaking* with a Filmmaking concentration beginning next fall.

With access to the school’s established production faculty and partnerships with the Creative Media Industries Institute (CMII) and the Georgia Film Academy, this dynamic graduate program aims to shape candidates into skilled, well-rounded artists with a thorough understanding of film and media production. The new graduate program is accepting applications for fall 2022 admission.

The Filmmaking concentration prepares candidates to produce various cinematic and media products through rigorous practice, collaboration and study. Candidates will develop distinctive styles of visual storytelling attractive to the film industry and the artistic and activist communities.

The School of Film, Media & Theatre boasts the state’s largest and most extensive degree program in film and television. The combination of existing strengths in contemporary filmmaking practices and new technologies makes for a unique graduate education program.

“Georgia State has been teaching film and television production at the graduate level longer than anyone else in the state,” said Greg M. Smith, director of the School of Film, Media & Theatre. “We are delighted to be able to offer a terminal degree to tomorrow’s filmmakers.”

The three-year (72-credit) program offers assistantships with full tuition waivers and monthly stipends for all candidates in the Filmmaking concentration. Students will gain practical teaching experience that also prepares them for a career in education.

“We have long been proud of students who have earned Ph.D.s in our film studies program, and we are excited to offer an equivalent program for those who want to study production,” said Ethan Tussey, graduate director for the School of Film, Media & Theatre. “We feel confident that our M.F.A. graduates will reach the same heights as our Ph.D. students and become luminaries in the field of film and media.”

In 2019, there were 399 film and television productions in Georgia. According to the Motion Picture Association of America, the industry is responsible for more than 92,100 jobs, including indirect employment, and nearly 2,790 motion picture and television industry businesses, including 1,962 production-related companies. The Filmmaking concentration endeavors to create the next generation of media makers, attracting new voices into filmmaking and keeping creatives in Georgia for years to come. The program aims to educate students in best practices in filmmaking so they become leaders in challenging and changing the norms of production.

Georgia State has a long track record of attracting a diverse student body. This new graduate program will add new voices from underrepresented populations to feed the hunger for more authentic and representative storytelling.

“One invaluable offering of this program is that while faculty are busy actively producing internationally recognized work, they remain incredibly dedicated to their students,” said Aggie Ebrahimi Bazaz, assistant professor of Film and Media Production. “Faculty invest considerable time and creative energy to support their students’ personal and professional expression.”