2021: A Challenging Year for Cinema 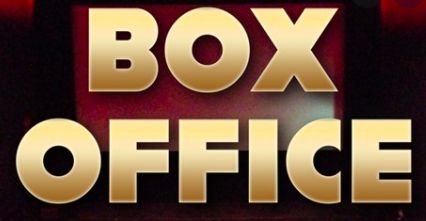 After two years of battles with the coronavirus and its variants, one superhero was able to score against it. The latest installment of Spider-Man: No Way Home pushed the virus’s most transmissible variant, Omicron, out of its way as it bulldozed toward $1 billion in worldwide box-office gross. It became the first movie to do so since Star Wars – The Rise of Skywalker, in December 2019.

There were triumphs on other fronts but not sufficient to pull the box office back to pre-pandemic levels. Although worldwide gross has sprung from $12.4 billion in 2020 to $21 billion in 2021, it’s still only 75% of the 2019 figure.

Nearly a third of the 2021 worldwide box office came from China. At $7 billion, it showed an increase of 128% from the previous calendar year. China has been crowned the world’s biggest market after surpassing North America, which has been the most affected by the ongoing pandemic. The North American market is still languishing at 4.5 billion dollars, a mere 50% of 2019’s figures.

Marvel’s first Asian superhero movie, Shang-Chi and the Legend of the Ten Rings, was also among the 10 highest-grossing. It collected $432 million. The movie was not released in China due to some comments made by its Chinese-born Canadian star, Simu Liu. He had described the China’s censorship apparatus as “really immature and out of touch.” Similar comments from Chloé Zhao, the Chinese director of another Marvel superhero movie, Eternals, led to the cancelation of her film’s release in her homeland. In spite of that, Eternals was one of the 10 highest-grossing movies of 2021. Zhao’s Nomadland, the 2021’s Golden Globe winner for Best Picture and Best Director, was also deprived of a big screen theatrical release in China.

The rest of 2021’s highest-grossing movies were Hollywood’s sequels, remakes, and superheroes. These included No Time to Die, F9, The Fast Saga, Black Widow, Venom Let There be Carnage, and Godzilla vs Kong. Noticeably, not a single one of these box-office hits was an original work. Given the turbulent times and financial challenges, Hollywood studios stuck to its tried and tested formula, making movies with broadly appealing storylines and familiar characters played by A-list stars. When they dared to stray from it, the cost was steep.

Great hopes were pinned on Golden Globe winner Ridley Scott’s star-studded The Last Duel, which conjured up the director’s 2000 award-winning and box-office smashing, Golden Globe winner Gladiator. It did not fare well, recuperating less than third of its budget at the box office. Likewise, rave reviews of King Richard and the award-worthy performances of its star, Golden Globe nominee Will Smith, didn’t save the film from similar fate. It struggled to draw half its production cost, even though it told the story of two sport superstars, Venus and Serena Williams.

Evidently, the artistic merit of a film and the fame of its stars have ceased to be the ingredients of a box office hit. What draws audiences to cinemas are fictional superheroes. They are far more known and appealing to cinemagoers than award winning actors made of flesh and bone. Two years ago, Marvel Studios president Kevin Feige told us that actors become stars after they play one of his characters.

Star power, however, is still relevant in the digital world, where streaming networks have become the oasis of art films and intense human dramas. Those platforms entice film stars with multi-million-dollar fees to join their projects, which go on to win major film festival awards and dominate some of the glitziest moments at the Golden Globes and Oscars. This recognition has elevated streaming networks like Netflix from disruptors to cinema powerhouses.

The streaming networks also invested in non-English speaking productions that Hollywood had historically ignored. Great strides were made. In 2021, the Korean TV show Squid Game became the most watched on Netflix, garnering 140 million views from worldwide audiences.

In 2021, cinema faced a new challenge that even streaming networks couldn’t protect it from. Some have argued that cancel culture has reversed the role of cinema and art. Instead of being a mirror that lets society see its flaws and question its actions, films are being judged and scrutinized by society. Many of them and their makers faced boycotts or cancelation on social media and beyond. The Power of Dog was accused of homophobia. Paul Thomas Anderson’s Licorice Pizza is currently battling a boycott for the way it depicts Americans of Asian descent.

Back in the summer, a storm of condemnation raged against Matt Damon, after saying at a press interview, while promoting his film, Stillwater, that his daughter taught him not to use the word “faggot”. Stillwater and, later, his The Last Duel failed miserably in the box office.

The boycotts of movies extended beyond Hollywood and China. Several Arab gulf states banned the release of Eternals and West Side Story for featuring gay characters.

So, streaming networks were able to save cinema from a pernicious virus and falling box office receipts. Will they be able to save it from cancel-culture or will they succumb to it and shift to making universally acceptable commercial movies, just like the ones in theatres, and thus bring the end of the art of cinema? Let’s hope that 2022 is a year of constructive debate, not more destructive cancelations.

TV and movie music supervisors are looking to possibly unionize