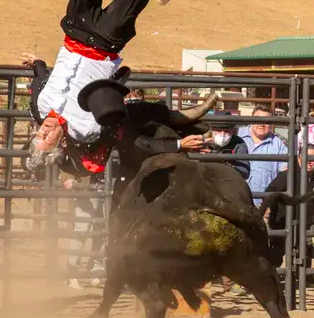 Jackass Forever, which was made for $10 million, easily beat Roland Emmerich’s $140 million action/adventure/sci-fi, Moonfall, and the $200 million-budgeted Spider-Man: No Way Home to become the weekend’s domestic champ.

The fifth overall installment in the Jackass movie series, heavily promoted to the TikTok audience, earned $23.5 million. Predictably popular with the male audience and the 18-34 age crowd, with 75 percent over 25 years old, Jackass Forever, directed again by Jeff Tremaine, amped its stunts.

Spider-Man: No Way Home may have dropped to third after eight weekends but its $9.6 million recent haul made the blockbuster just around $11 million away from surpassing James Cameron’s Avatar to become the number three biggest-grossing movie ever domestically.

Holding on to their top five positions were, in order, Neve Campbell and Courteney Fox’s Scream ($4.73 million) and Matthew McConaughey and Reese Witherspoon’s Sing 2 ($4.17 million).

Overseas, all eyes were on China as it celebrated Lunar New Year, the most lucrative period for the movie business. In the world’s biggest film market where the highest-grossing movie ever in its history, The Battle at Lake Changjin, grossed more than $913 million, the sequel raised high expectations.

The Battle at Lake Changjin II debuted at the top with $398 million, a staggering box office haul for the rest of the world. But box office analysts opined that the sequel could have earned more and blamed the closure of 20 percent of movie theaters and the alternative entertainment offered by the ongoing Winter Olympics in that country.

These films contributed to the $950 million generated in ticket sales during the Chinese New Year.

Elsewhere in the overseas market, No Way Home collected $15.6 million, increasing its international and global tallies to $1.027 billion and $1.77 billion, respectively.

Sing 2, already the highest-grossing animated feature during the pandemic crooned its way closer to the $300 million benchmark. The sequel which sees the return of the musically inclined animals picked up $14 million in offshore markets, with especially strong ticket sales in Mexico, Russia, France, Spain, and the UK.

Jackass Forever bowed overseas in nine markets with $5.2 million and performed strongly in New Zealand, Norway, the UK, and Australia.