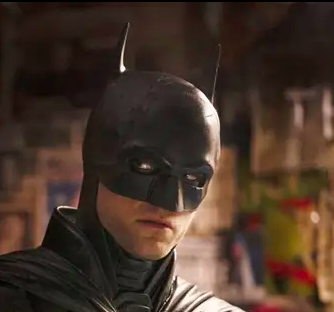 Robert Pattinson’s new career chapter as the Caped Crusader is off to a roaring start as The Batman opened domestically with $128.5 million, scoring as the pandemic period’s second-biggest bow.

Riding high on its favorable audience and critics scores, The Batman was not at all hampered by its three-hour length which limited the number of daily screenings. The DC Comics hero movie also benefited from its theater-only showings, a departure from Warner Brothers’ day-and-date simultaneous HBO Max release strategy last year.

The decision of AMC, the United States’ biggest cineplex chain, to tack on $1 to each The Batman ticket in its screenings in the recent weekend did not hurt the movie’s grosses.

A dark, gritty take of Gotham City’s famous vigilante, The Batman stresses more of its social recluse of a hero’s detective side. With the film’s box office success and critical acclaim of his Bruce Wayne take, Pattinson has a new franchise again following his Twilight movie series.

Tom Holland’s Uncharted finally slid from the top to number two but it still did boffo business on its third weekend with $11 million. The treasure hunt movie hit the $100 million domestic benchmark.

Channing Tatum’s Dog dropped to third but it was not also drastically affected by the Caped Crusader’s arrival. Finding its niche among families, the PG-rated comedy by Tatum and Reid Carolin (both their feature directing debuts) earned $6 million.

That other Tom Holland movie is still drawing them with $4.4 million in turnstile ticket sales. At number four, Spider-Man: No Way Home has scored the feat of remaining in the top five since it bowed last December. Not to mention that Batman did not crush Spidey’s record global debut of $260.1 million, the COVID-19 era’s best bow ever.

Gal Gadot’s Death on the Nile continued to stumble on its fourth weekend, earning only $2.7 million. But the Kenneth Branagh-directed whodunnit managed to rank fifth.

Overseas, The Batman also reigned, topping the charts in over 70 territories. The film, the latest installment in a series of movies directed by various filmmakers, from Tim Burton to Christopher Nolan, performed especially strongly in the United Kingdom, France, Germany, Mexico, Australia, Brazil, Italy, Spain, India, and Korea.

The hero has an ace up its cape – it will open in China, the world’s largest film market, on March 18. But The Batman’s release in Russia was halted because of the country’s invasion of Ukraine.

Uncharted, which has also secured the highly coveted China release date (March 14), also stayed solid internationally, with a $17.4 million haul on this frame for a global total of $271.6 million so far.