World Box Office: The Triumph of the Anti-Hero 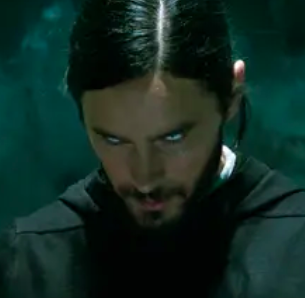 Despite being savaged by critics as one of the worst Marvel movies ever, Morbius still chalked up respectable earnings of $39.1 million to debut at number one.

The movie stars Jared Leto as an anti-hero based on Morbius, the Living Vampire, aka Dr. Michael Morbius, Ph.D., M.D., a Marvel Comics character created by Roy Thomas and designed by Gil Kane. Originally portrayed as a nemesis of Spider-Man in comic book #101, “The Amazing Spider-Man,” Morbius is Jared’s return to the superhero genre but this time as a Marvel character. He played DC Comics’ The Joker in Suicide Squad in 2016.

With the arrival of the vampire-transforming doctor, Sandra Bullock and Channing Tatum’s The Lost City dropped to number two with $14.8 million. The first team-up of the two stars in the action-adventure-comedy, which also features Daniel Radcliffe and a cameo by Brad Pitt, has collected $54.6 million so far.

Still in the top five at number three was The Batman, which picked up $14.8 million for a superhero-strong tally of $349 million in North America. The well-received Robert Pattinson film, directed by Matt Reeves, looks poised to hit $400 million.

Jujutsu Kaisen O earned $1.97 million to land fifth. The anime film based on a manga series, a blockbuster in Japan, has racked up cumulative ticket sales of $31.2 million after three weekends.

Overseas, Morbius was also number one. Considered the latest entry in Sony Pictures’ Spider-Man universe, the movie raked in $44.9 million in more than 60 territories. The film, especially strong in Korea, Mexico, France, the United Kingdom, and the Middle East, scored a global cumulative of $84 million.

The Bad Guys, an adventure-comedy animated film, also bowed earlier in the international market to the tune of $10.5 million. Directed by Pierre Perifel, the tale about reformed criminals who try to become good but end up with disastrous results has a voice cast that includes Sam Rockwell, Awkwafina, Anthony Ramos, Marc Maron, and Zazie Beetz.

China, still suffering from a sharp spike in COVID-19 cases, saw its lowest box office figures this year. With the lockdown in many areas, the world’s biggest film market reported only $12.6 million in ticket sales.