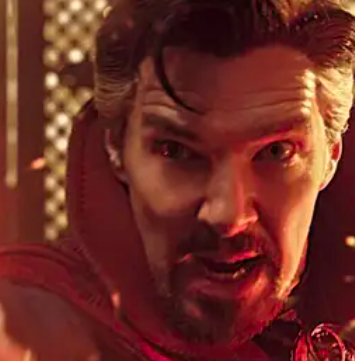 As predicted, Doctor Strange in the Multiverse of Madness caused a box office frenzy and set several precedents: the best bow of a Disney film in the pandemic era; and the biggest opening figures so far this year.

The Marvel Cinematic Universe epic, respected filmmaker Sam Raimi’s first movie after almost ten years, made $185 million, which was on the high end of expectations. The sequel’s numbers marked the second-best debut in the COVID-19 health crisis era, behind the $260.1 million of Spider-Man: No Way Home.

Mother’s Day celebration Sunday did not appear to significantly impact the movie ticket sales in North America. While The Bad Guys fell to second place, the animation adventure-comedy still made $10.36 million on its third weekend.

Another animated movie, Sonic the Hedgehog 2, stayed in third with $6.6 million for a total so far of $170.3 million.

Fourth placer Fantastic Beasts: The Secrets of Dumbledore collected $4 million and tallied $86.1 million, which still lags behind the previous numbers of the first two installments.

That other multiverse madness film, Everything Everywhere All at Once, picked up $3.6 million to land fifth. With its cumulative earnings of $41.8 million, the Asian cast-led movie is now one of the biggest hits of A24 in its history of specializing in indie cinema releases.

In other offshore box office news, Focus/Universal’s early release of director Simon Curtis and writer Julian Fellowes’ Downton Abbey: A New Era is proving to be a smart counterprogramming to Marvel’s superhero extravaganza.

TV and movie music supervisors are looking to possibly unionize