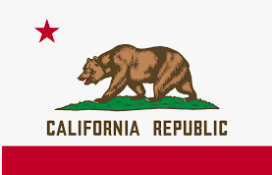 California’s economy took off with Paramount Pictures’ Top Gun: Maverick as its wingman, according to new data from the studio. The high-flying film added over $150 million to the economy when it filmed throughout the state. The production also created 2,820 high-quality jobs for Californians.

Charles Rivkin, Chairman and CEO of the Motion Picture Association said: “When a major motion picture films on location, the local economy soars. Productions like Top Gun: Maverick create jobs and support local businesses, while also highlighting our industry’s proud partnership with the U.S. military, which is particularly fitting as we celebrate Military Appreciation Month and Memorial Day in the coming weeks. From every angle, the production of Top Gun: Maverick was a total success, and the film will bring a nostalgic and thrilling story to moviegoers everywhere.”

“As filmmakers, we were thrilled to return to some of California’s most iconic locations to film Top Gun: Maverick,” said Lee Rosenthal, President, Worldwide Physical Production, Paramount Pictures. “We couldn’t imagine filming this sequel anywhere else, and it was all possible because of California’s Film and TV Tax Credit program, the state’s welcoming communities and a phenomenal partnership with the US Navy. During the production of this film, Paramount Pictures created nearly 3,000 jobs throughout the state and added scores of millions to the local economies. We look forward to our continuing partnership and support from the state so that Paramount can continue to produce amazing projects of scale and excitement.”

“’Top Gun: Maverick’ represents a big win for California,” said California Film Commission Executive Director Colleen Bell. “The film had a very positive impact on our economy, bringing production jobs and spending to regions across the state. In contrast to the 1980s when the first ‘Top Gun’ was filmed, there is now global competition to host these big-budget projects – and receiving incentives is often the deciding factor. California is fighting back with a uniquely targeted tax credit program, not to mention being home to the best crews, talent, infrastructure, locations, weather and everything else that makes us the world’s entertainment production capital.”

Glen Roberts, Chief of U.S. Department of Defense Entertainment Media said: “The U.S. Department of Defense has collaborated with filmmakers from script to screen for nearly a century, since supporting the very first film to ever receive the Best Picture Oscar, WINGS, in 1927. Our mission is to inform and educate the American public about the roles and missions of the men and women of America’s Armed Forces through scripted and non-scripted film, television, documentaries, live events, and video games. Top Gun: Maverick exemplifies the best of that relationship. Like its original predecessor, this movie highlights the best of our Armed Forces, and we’re very confident it will inspire and captivate audiences everywhere.”