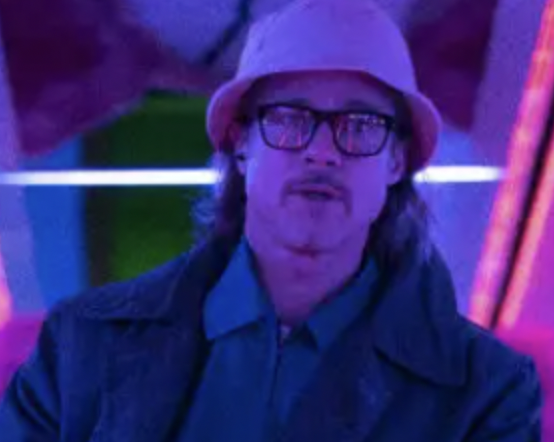 Brad Pitt’s Bullet Train may have sped to the top of the domestic box office but the big news was Tom Cruise’s Top Gun: Maverick has zoomed past Leonardo DiCaprio and Kate Winslet’s Titanic to become the seventh all-time biggest hit in North America.

And with $662 million in domestic ticket sales, the Top Gun sequel looks like it will also dethrone Avengers: Infinity War, which earned $678 million, and become the sixth highest grossing movie of all time in the United States and Canada.

At number three, Jordan Peele’s Nope was supposed to hit the $100 million benchmark last weekend but fell short with $8.05 million. But with $97.5 million total after three weeks, the horror/mystery/sci-fi starring Daniel Kaluuya, Keke Palmer, Brandon Perea, and Steven Yeun, is expected to easily cross the mark this week.

Chris Hemsworth’s Thor: Love and Thunder took the fourth spot with $7.6 million while Minions: The Rise of Gru, with a voice cast led by Steve Carell, Michelle Yeoh, Taraji P. Henson, and Julie Andrews, stayed in the magic five with $7.11 million.

On its 11th week, Top Gun: Maverick finally fell off the top five with $7 million but not without reaching milestones. In addition to beating Titanic in the North American all-time biggest hits, Maverick also eclipsed James Cameron’s classic as Paramount’s highest-grossing movie in its 110-year story.

Titanic fans can take comfort in the fact that beyond the US and Canada, the disaster epic is still ahead of Maverick overseas ($1.5 billion) and worldwide ($2.2 billion).

After taking in $5.65 million in this frame, the Reese Witherspoon-produced Where the Crawdads Sing ranked seventh.

Comprising the rest of the top ten, were, in order: Austin Butler’s Elvis ($4 million) and Jason Blum’s The Black Phone ($1.46 million).

Overseas, Bullet Train arrived in nearly 60 destinations and made $32.4 million in ticket sales. That added to the film’s worldwide tally of $62.5 million. This train rumbling through Japan was especially popular in Australia, Mexico, the United Kingdom, France, and Saudi Arabia.

The Minions hauled in another $15.9 million for an offshore cumulative of $423.3 million.

Countries like Colombia and Germany were the top territories for another animated film, DC League of Super-Pets. The movie’s overseas earnings totaled $11.4 million on this recent weekend.

Jurassic World Dominion overtook Benedict Cumberbatch’s Doctor Strange in the Multiverse of Madness to take the title of the second-best grossing movie globally this year with $960.1 million. Maverick is the top one, of course, and it accomplished the feat minus a release date in China. JWD did it with the help of China’s market figures.